I recently watched two enjoyable Netflix films — Brain on Fire and Tau — and thought I would provide a quick review of Brain on Fire for anyone who has a few hours to binge.  I’ll get to Tau soon.

As a mom who spent three days in the hospital with her adult daughter suffering from blot clots, I related to Brain on Fire more from the parents’point of view than the protagonists. No matter which characters you invest in, the movie is well done and interesting to watch. 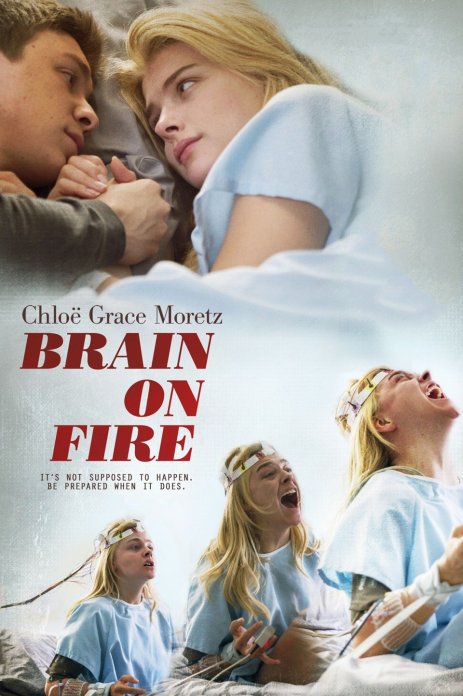 Can you imagine your life falling to pieces day by day and doctors having no idea why? The film follows Susannah Cahalan (played by Chloe Grace Moretz), a writer for the NY Post, who begins to experience unexplained symptoms from a rare neurological disease. Doctors claim it is everything from alcohol withdrawal to mental illness before diagnosing her with anti-NMDA receptor encephalitis. Based on the book, Brain On Fire, the movie is based on journalist Susannah Cahalan true-life experiences.

Carrie Ann Moss and Richard Armitage play Cahalan’s parents. Previously, I saw Moss in the role of a tough-ass lawyer in Jessica Jones and The Defenders. I enjoyed her more realistic portrayal of a mom frustrated with the medical system. We’ve all been there. I also love Moretz as an actor and though she did an amazing job portraying the fear of having her body betray her without explanation.

I didn’t quite get Cahalan’s relationship with her boyfriend. While supportive, their interactions lacked chemistry. At one point she was talking to him about her symptoms and he’s mixing music, ignoring her. He came off as uncaring, and I had to wonder why the directors decided that was how they wanted to portray him.

While not getting rave reviews on Rotten Tomatoes, the film is worth watching.  The characters are well portrayed and the fact that it is based on true events makes it more noteworthy.

One thought on “Summer Netflix – Brain on Fire”